Today started by joining up with the rest of the tour group in Pittsburgh PA to drop off our cars and catch a bus, along with our bikes on a truck, to Georgetown, right outside of DC.

After arriving in DC mid afternoon, we rode a pretty easy 22 miles, finishing up at the Seneca campgrounds.

The trip hugged the Potomac River and provided many beautiful views of the river and wildlife. We are riding on the C&O canal path from here until Cumberland, MD – about 180 miles. This canal path is not paved or finished with crushed stone, and had quite a few potholes. Thank goodness it has been dry, so it wasn’t too bad today.

When I met up with the group today, I was struck at how few younger people are on the trip. I would guess the median age is around 60+. A few young kids, but not many middle-aged folks. I feel very young :). Tonight at dinner, the couple I sat next to were 77 and 80 years old! So for all of you who think you are too old to do something like this… you should reconsider!

About half way through the day, I hooked up with a nice guy named Rich and we rode the last 12 miles together. It was nice to have a little company and it made the time pass quickly.

The C&O canal is not usable for boat traffic. It is really just a historical path. Unlike the Erie Canal, the C&O has not been maintained in many years and the locks are neat to see, but not able to function due to disrepair. Most of the canal doesn’t have any water in it. Nonetheless, it provides a really nice backdrop for the ride.

I passed several lock houses that used to house the lock master and family. One was open for a tour and I stopped in to see it. Pretty neat.

I walked out to see the Great Falls of the Potomac. No wonder they needed a lock system to get around them! The pictures don’t do justice to the amount of water being forced between those rocks.

The only bad part of the day was that there was a detour off of the canal path that involved carrying my fully-loaded bike up TWO flights of stairs, then going a little, then back down two more flights. On the way down, my bike got a little ahead of me and I pulled my back trying to get control of it. I bet I’ll be feeling it tomorrow 😦

After getting my tent set up in tent-city, I took advantage of an amazing invention. The shower truck! An 18-wheeler outfitted with about 20 shower stalls and plenty of hot water. Whoever designed it should get the Nobel Prize for something.

Tomorrow, another pretty easy ride of about 33 miles. Time for bed! 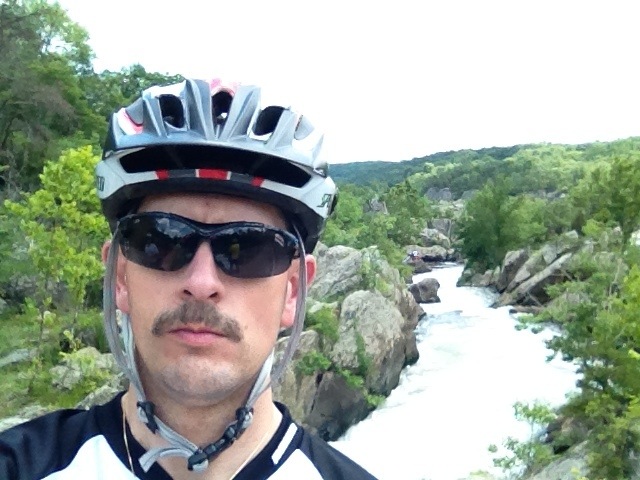 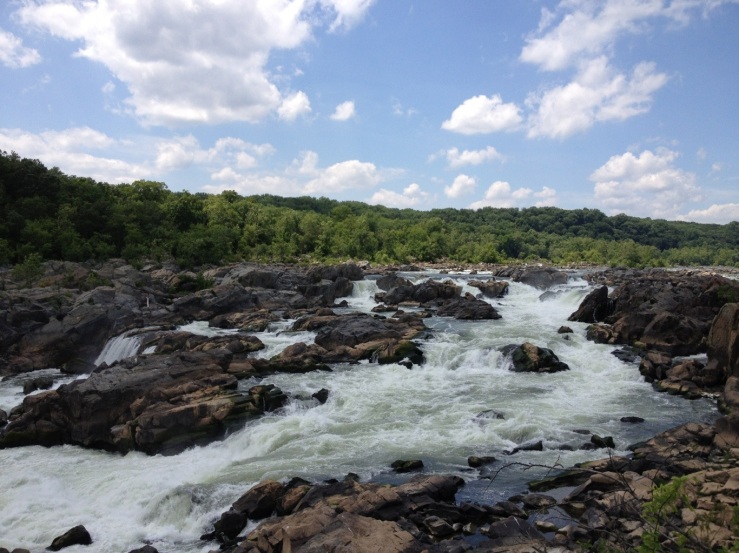 View all posts by M. Coriale