Last night was pretty uneventful for sleeping. Cool temps and a solid breeze. I woke up a little before my alarm and decided just to break camp. It was nice to not feel rushed.

I rode with Jim and Mike again today and we had a very good ride. Early temps were cool and nice. By noon, it was a bit on the toasty side, but still pretty nice.

We wound our way across the beautiful countryside. It is very rural here. The corn is about two feet tall and the apple trees are just starting to show small fruits. This part of New York is very beautiful.

We made very good time and enjoyed our rest stops put on by the PTNY and locals. They always have an abundance of fresh fruits and snacks. We arrived in Genesee Valley Park around lunch time and decided to join a bike tour into Downtown Rochester along the Genesee Valley path. The tour guide led us up the western side of the river and into downtown. We stopped at the old aqueduct that used to carry the canal into downtown. After the canal was moved south of the city, the aqueduct was reborn as a trolley subway system, which has long-since been abandoned. The top level is now a major downtown road, and the lower level is vacant, except for the non-stop graffiti lining the walls.

We grabbed some pictures and went down to the high falls district. This is an area where water used to power the economic engine of the “Flour City”. It has been many years since Flour was a major output of the city, and the city is now known as the “Flower City”.

We had to take some downtown surface streets to get to the east side of the Genesee river. We then rode southbound back towards Genesee Valley Park to pick up the canal path again.

Along that route, we rode through the campus of the University of Rochester – where I went for my undergraduate studies. We broke away from the tour and I quickly showed Mike and Jim around campus, hitting the major high lights and seeing the quad.

After getting back on the trail, we did our last few miles to get to Pittsford. I loved living here many years ago, and I looked forward to arriving.

After arriving, we picked out a camp spot and started setting up tents. Right in the middle of setting up my tent, the skies opened without warning. In moments, everything was wet. Sigh. A few minutes earlier and I would have not pitched tent yet. A few minutes later, I would have been pitched and dry. But the timing was pretty bad and I got soaked along with the inside of my tent.

The rains paused long enough to set up and dry out. I got my belongings spread out and mostly dry. My genuine army-surplus dry bag did not keep water out. More ugh.

As I sit here blogging inside the school, I am watching heavy rains pelt down on the camp sight.

So, in summary a very great day of cycling, but I am reminded that tent camping is not my favorite way to sleep, especially when it is raining.

Tomorrow will take us a long way into Seneca Falls. Hoping to stay mostly dry along the way 🙂 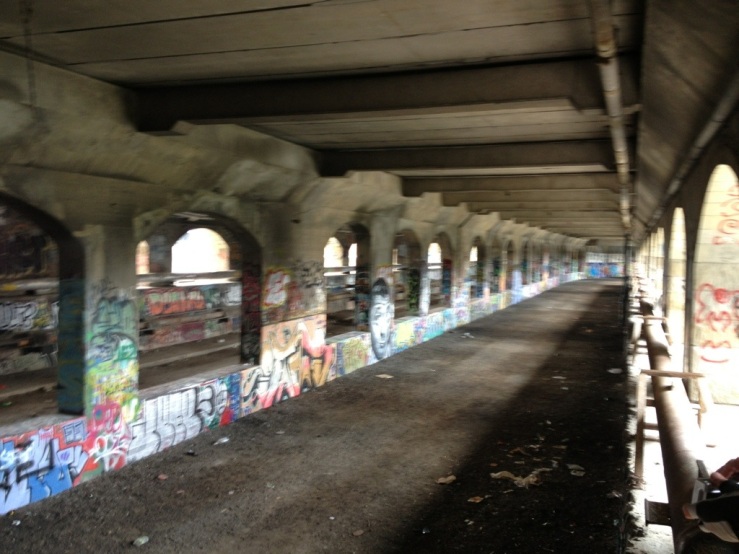 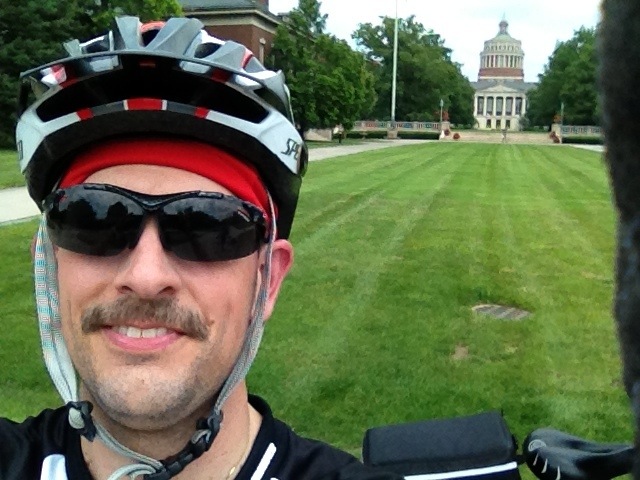 View all posts by mcoriale